Chiropractic Care For Our Veterans Is A Priority!

In honor and remembrance of the brave that served and sacrificed 75 years ago today in the horrific battle in Normandy, France which is most known as D-Day, We would like to let all of our Veterans know that chiropractic care for our veterans is offered here at Fakhoury Medical and Chiropractic Center with your Veteran’s Medical Benefit Package.

Many aren’t aware that here at Fakhoury Medical and Chiropractic Center in Ocala, we are proud to offer chiropractic services under your VA insurance plan.

Many health concerns can be treated using chiropractic care such as pain in the muscles, joints, and bones. Many are at risk for these types of complications, but Veterans even more so due to the nature of their physically demanding military duties.

Walking while wearing heavy gear alone has caused many musculoskeletal injuries to Veterans, suggested The Seattle Times. “The number of soldiers medically retired from the Army with at least one musculoskeletal condition increased nearly 10-fold from 2003 to 2009, according to Army statistics,” reported Hal Bernton in his article. 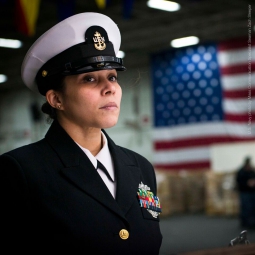 I recently had the privilege to sit down with one of our patients who graciously shared his military and Chiropractic connection with me. He served as a paratrooper in the United States Army since he was 17 years of age.

He just couldn’t wait to get out of the house and be on his own. One night while riding his motorcycle at Camp Gordan in Fort Gordan, Georgia, he was struck by a vehicle who drove away and  left him to suffer in excruciating pain as he lay on the pavement.

After this automobile and motorcycle accident, He was taken to the hospital, it was confirmed that he had a tibia, fibula, and a femur break. The tibia and fibula were set back in place but the femur was broken so badly that a rod was not possible.

He was left with the only option, which was to let it heal with a severe overlap causing his leg to be shorter on one side. This caused tremendous pain in his lower back and neck for him when he was assigned to serve in Vietnam. He served 33 months there.

He recalls having to carry a 50-70 pound rucksack on his back as far as 8000 meters or “8 clicks” he called it. He said that the rucksack was his home. Everything he would need including food as he was out in the field. One day a monsoon threatened to keep the choppers away that were replenishing their food supplies.

So the soldiers carried their rucksacks as far out as they could to meet the chopper in an area where they could land.

At one point in his military career, he was unloading supplies and fell re-breaking the tibia and fibula from the old injury. He found himself eating Alieve pain medication like candy, which gave him heartburn and eventually stomach bleeds. He knew he had to find something that would help him.

He turned to Chiropractic care. He has been seeing a Chiropractor for 25 years now. He said that the care, adjustments, and massages that he receives at Fakhoury Medical and Chiropractic Center, has helped him with the pain and has kept him working.

After serving in the military, he worked as a postal worker. This career was a strain on his shoulders. At this time, he is a candidate for surgery but with Chiropractic care and cold laser treatments at Fakhoury Medical and Chiropractic Center, he has been able to avoid surgery.

He said he recommends Chiropractic care at Fakhoury Medical and Chiropractic Center to all of his comrades. We have a Veterans Hot line number for your convenience 352-351-3413 ext 216.

We would be honored to speak with you and help you make your first appointment.

Chiropractic care for our veterans is very important to us!

Our Office Hours Are As Follows: