At Fakhoury Medical and Chiropractic Center, we would like to introduce you to our newest team member, Dr. Christopher Ruppel. We are so pleased to have him join our amazing group of Chiropractors.

Here is a little of his incredible story that led him to follow his passion of serving:

“It is an honor and truly a privilege to begin serving the community here at Fakhoury Medical and Chiropractic Center in the Ocala and the Villages offices.

Both communities are rich in prosperous, and hardworking Americans, who have made a vast array of accomplishments and sacrifices in their lifetime, creating the great state and nation we are afforded to live in today.

As I learn and grow to become a part of these beautiful communities, I hope to be able to share with you my passion to serve not only as a great Chiropractor here in Ocala and in The Villages, but also a referring physician to help guide you towards the care you need and most certainly deserve.

To begin developing my relationship with the beautiful people here, I find it would be fitting for me to share with you how and why I became to be so passionate about serving as a Chiropractic physician. 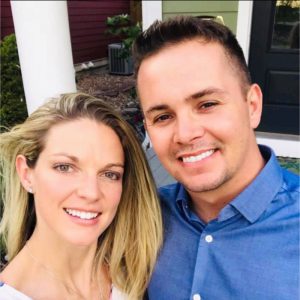 This passion has been developing for me since the age of 10 years old when I was involved in a severe motor vehicle accident in which the door of the car I was in was struck by a semi truck going 60 plus miles per hour.

This resulted in a concussion, broken nose, and complete laceration of my upper lip and chin as well as some significant neck pain to follow.

The pain soon wore off however even after healing from the superficial wounds, I was still unable to look all the way to the right due to the trauma to my neck causing a subluxation and or a restriction preventing me from that movement.

My mother, the wonderful loving nurse she is, insisted that I see a Chiropractor. I had been with her a few times before to watch as she was adjusted.

The sounds I heard from her spine had more or less convinced me there was NO WAY I would let someone ever do that to me. However, I noted that she always talked about how much better she felt when she left. It’s funny how a mother has a way of directing your care, especially being a nurse. Therefore I decided “Okay if mom says its safe, I’ll give it a try”.

Still apprehensive and extremely nervous to say the least, I laid down to allow this Chiropractic physician an opportunity to fix my neck and restore full range of motion. The adjustment to my surprise was over before I knew it, and I was immediately able to move my neck further to the right.

At 10 years of age, this blew me away. I was so amazed at how one man could use his hands to take all the pain and pressure away and also allow me to move my neck again. So from that day forward, I became to rely on Chiropractic care when I had an ailment, pain or restriction that I wasn’t able to resolve myself.

Flashing forward 11 years, I was then 21 years old serving on my second tour to Iraq as a Sniper in the Army. During this deployment on 09-26-2008 at 1:06 am, I was involved in an IED attack followed by a mortar attack with two explosions coming in direct contact with the truck that I was riding on top of in the gunner’s turret.

This explosion left me with damage to my neck, head, ruptured ear drum, and even ruptured my cochlea which is a vital organ to give you a sense of balance. Needless to say the weeks to follow were not pleasant but I was soon able to return to missions and thought I was 100% the soldier I was before.

Just a couple months later, we returned home. I quickly discovered as I began to return to civilian life that I wasn’t the soldier or man that I was before I left for Iraq.

Not only the way I looked at life and the meaning it now had to me, but I began to have severe migraines with vomiting, sensitivity to light, hot flashes, loss of balance, and a pain that caused me to curl up with a bed pan or next to the toilet in a dark room.

These migraines lasted anywhere from 4-72 hours as a complete shutdown, drastically changing my ability to not only be a productive member of society but just be myself and live life. I had seen several neurologist, had several scans of my brain and inner ear, even had surgery where they took a graft of skin from behind my ear to patch the leaking fluid from my cochlea in my inner ear to correct my balance.

All in hopes it would prevent these horrible migraines. Yet years later, I was still having these debilitating migraines with no end in sight.

Two years later in 2010, I was working as a student radiographer in pursuit of a bachelors in radiological imaging. On a student budget, I wasn’t able to get the regular Chiropractic adjustments as mom recommended and that I truly needed.

So fast forward 4 more years, as I’m still suffering with these debilitating migraines, I decided to leave radiology, based upon all of the personal advances in my own health care and after shadowing over a dozen different Chiropractic offices,

I decided I wanted to start on the journey to become a Chiropractic physician. So I finally had the ability to receive regular adjustments as Chiropractic students received free treatment!

There was slow but certainly notable improvement with each adjustment. After my third year at Logan Chiropractic College in St. Louis receiving highly specific managed care by a mentor and role model of mine Dr Jeff Lawlor, I was and have been to this date 100% migraine FREE!

These personal impacts that I have had in my own life, along with the amazing changes I have been able to make in the lives of others since I have began working as a Chiropractor, has driven me further in pursuit of this profession. I truly feel its my calling and purpose to share the amazing possibilities Chiropractic care has to offer.

Being a Veteran with 7 years as a Army Sniper, two tours to Iraq and a Purple Heart, my primary focus is to serve those who have served our great nation with honor and pride. Those comrades, our community Veterans, deserve our upmost respect, gratitude, and care for their selfless sacrifices and commitment.”

For more information or questions, contact Dr. Ruppel at DrRuppelfmcc@gmail.com

Our Office Hours Are As Follows: